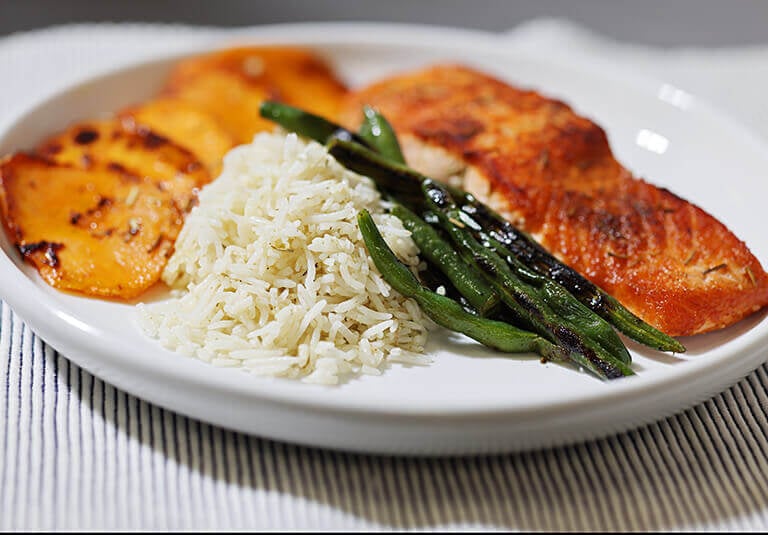 Crohn’s disease is an inflammatory bowel syndrome that makes the digestive tracts especially sensitive and can turn the joy of eating into a chore since tasty and healthful pre-made Crohn’s meals are difficult to come by. This Crohn’s salmon recipe was made to help alleviate flares.

Criteria to qualify as a Crohn’s recipe:

Well, this quick Crohn’s salmon recipe rises to the challenge meeting all the above gastroenterologist nutrition criteria. It offers great taste while being easy to prepare. The rich flavors are created using the natural caramelization of the vegetables and rosemary seasoning. 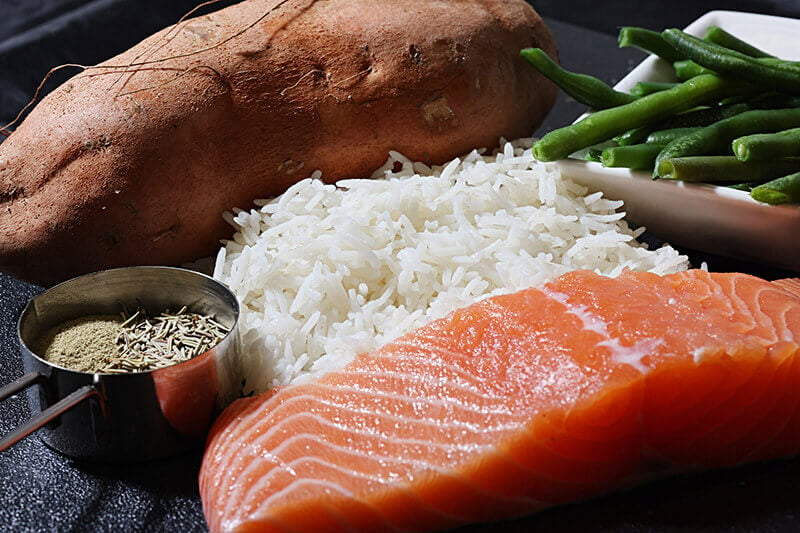 Note: There are 4 components to this quick and easy Crohn’s recipe, each using a skillet. If you can get multiple skillets on your stovetop, that’s the way to go. If not, you can cook in stages in the following order: beans, yams, salmon, rice.

How to cook the salmon for our Crohn’s recipe.

Dirty rice for our Crohn’s recipe. 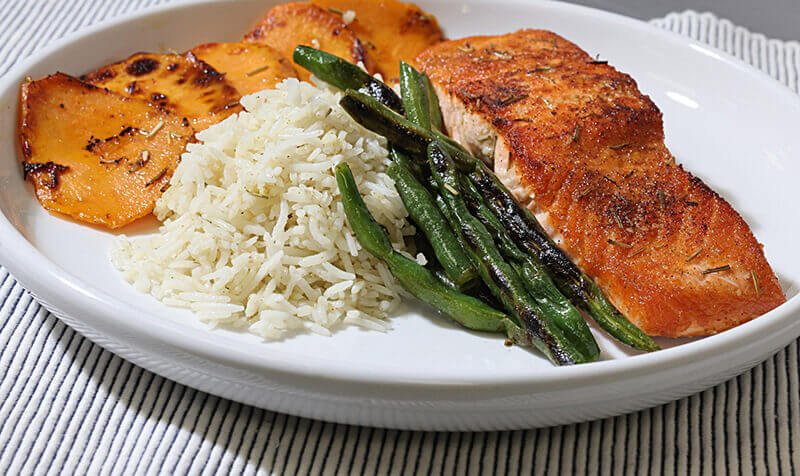 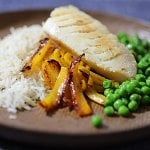 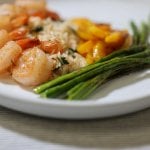 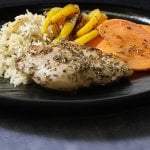 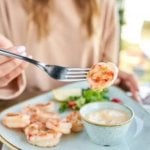